You are here: Home1 / Crowd101 Blog2 / Building Crowdfunding Support3 / 4 Easy Ways of Asking for Support on a Fundraising Project

Beyond asking for support, one of the biggest reasons fundraising projects fail is because people don’t know how they can support the campaign.

The quote above from Zimmerman Lehman’s First Rule of Fundraising is sad but true. Even the most ambitious fundraising directors and crowdfunding campaigns sometimes have a hard time asking for support.

A lot of us are raised to be independent and asking for support goes against what we feel is our duty to help others without asking for something in return.

Even when we need to raise money not for ourselves but for a cause, it’s still tough breaking out of your comfort zone and asking someone for money.

Asking for support is absolutely essential to the success of your fundraising project or crowd campaign. Even if people support your idea on an emotional-level, there’s a good chance they won’t do anything without being asked first.

Asking for support is often difficult because people don’t really know what to ask. People that only ask for monetary support are limiting the campaign and putting everything on their own shoulders. Learning the different ways your community can support the campaign will go a long way to making the ask a much easier process.

Asking for Fundraising Support with a Pledge 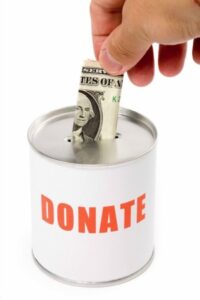 Asking for Support and Donations

Ok, as much as your crowdfunding backers and fundraising donors can do that doesn’t involve a trip to the bank, you still need money to reach your funding goal. You can sit wondering new ways of asking for support all day but if you never ask for that cash support, you’ll never go anywhere.

Asking for money is difficult for many people, even when it is for a worthy cause or a great idea. Get over any reluctance asking for support. Have the confidence that your project is a worthy one and needs funded.

Asking for Support through Social Media

While Facebook is the leading source of traffic for most fundraising projects and crowdfunding campaigns, don’t neglect the other social networks. Assuming that everyone uses and sees everything on Facebook is limiting your campaign and potentially dooming it to failure.

In fact, your Facebook fans may not even see your posts. When you send an update through your fundraising project’s Facebook page, it is only sent out to a small percentage of your followers. Facebook does this to limit the amount of news people see and avoid overloading people with updates. If your fans “Like” or “Share” the update, then Facebook sends it out to more of your page’s fans.

Asking for Support on Social Media

This is why it is critical that you talk to your community about the importance of sharing and engaging with the fundraising project on social media.

Reach out to your community to find at least one person in each social network that is an active user of that network. That means finding one person with a ton of Twitter followers that just loves to tweet, finding a Facebook follower that loves to “Like” and share things on FB. You’ll also want to check out photo-sharing sites like Pinterest and Instagram, and business-network LinkedIn.

Have your social media supporter set up an account through Hootsuite

and link all your social media accounts together from the site. This makes it easier to manage your message and keep the information flowing across each network.

Of course, these people will need to be active and willing members of your fundraising project or crowd campaign. It might take a little searching but finding a few people to really share your updates around each social media site is the best way to take the campaign viral. Ask the person to devote just a couple of hours a week to sharing updates with groups and pages with followers that might be interested in the campaign.

Asking for Support in Outreach 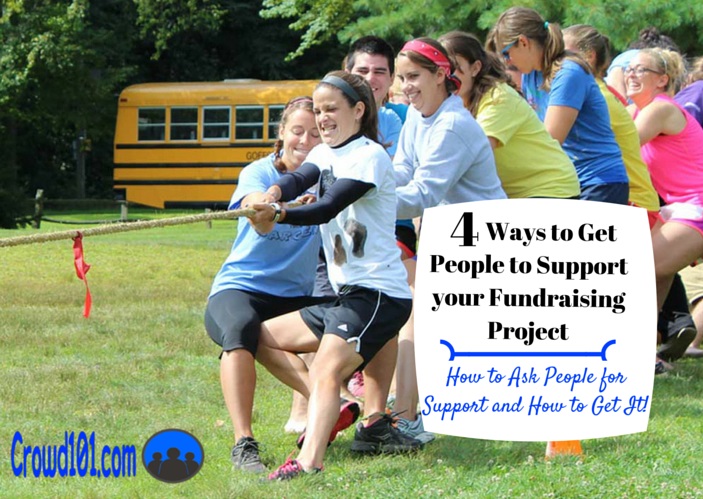 The most important thing for a fundraising project or a crowdfunding campaign, even more than the money is the community it builds through outreach. A recent study of non-profits in the UK found that it cost between $140 and $250 to acquire a new donor and nearly two years of donations to recoup the costs.

Unfortunately, in our internet age of “social” media, real outreach and relationship building is something many fundraising projects just don’t do well.

If they are supporting your fundraising project, it’s likely they share at least one common interest and probably more. Asking for support through this kind of interlinking outreach helps build a stronger community and will bring people closer to your campaign.

One of the best ways to build a sense of community is through drip email marketing. The way it works is you set up a series of emails on a Campaigner

account. When someone signs up for your email list or you add a name to the list, the series gets sent out on a set schedule.

You can set up for different messages to go out depending on different actions the recipient gets like clicking on a specific link or not opening a number of emails. It’s a good way to give your email marketing a personalized feel which helps to make people feel more important to the campaign.

Asking for Support and Creativity

Think of your crowdfunding backers as a community rather than a list of supporters. A backer or non-profit donor is someone you have to ask for support. Make them a community and give them the freedom to improve the campaign using their own skills and insight.

If you’re running a small crowdfunding campaign or fundraising project, you are going to need all the help you can get. Get people involved early with helping to build the campaign’s strategy and organization. Talk to people about their experience in administration, marketing or planning. Talk to enough people and you are going to uncover some gold mines of support.

Asking for support for your fundraising project doesn’t have to be a humbling or scary process. Understand that people can be so much more than monetary support and your possibilities open up endlessly. Being able to ask people to support the campaign in different ways makes it a much easier process.